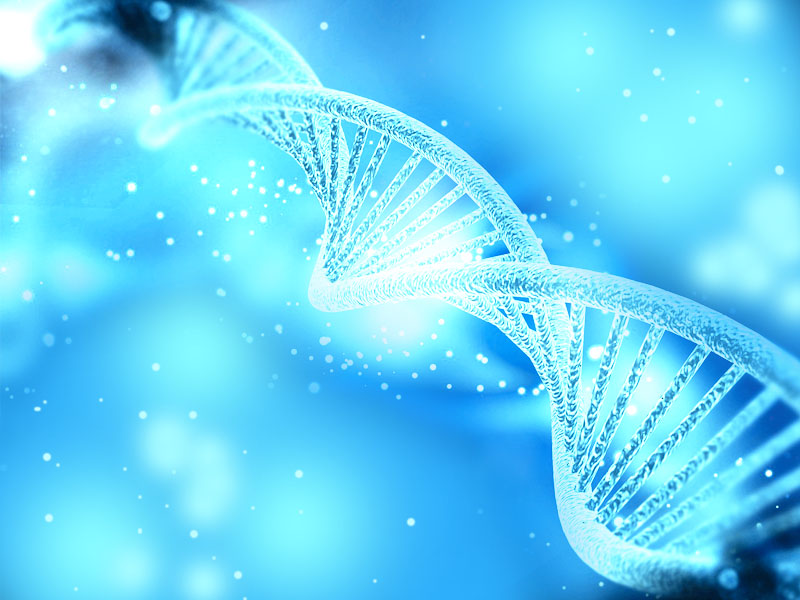 Hi Guys,  Welcome to Meditation24x7.com.  I am Alex, and for my first post, I wanted to write about something I stumbled upon very recently.  An odd concept called – Theta Healing and Positive Mind Therapy.  A kind of mental gymnastics to train your mind to be more productive.

What this involves is a few different things; positive affirmations, sleep meditation, and mind manifestation.  How this works is very much by playing a certain kind of music before falling asleep.

There are many different products that promote this idea but one, in particular, I would like to share is ‘Manifestation Magic‘ by Alexander Wilson.  It is very much something that involves this technique, and despite it’s very far out claims it is definitely something that I have found has had some very surprising results.

1. What is Quantum Energy Healing? It’s a bit out there – which you will see from reading this, and to be fair I thought this was straight-up crazy when I was first introduced to this.  How this product through its own crazy Pseudoscience can suddenly help you to become rich, with something called mind manifestation.

By transforming your brainwaves into manifesting anything you want!

If anyone has seen the 1992 movie ‘Lawnmower Man‘ – this is what this reminds me of.

In this movie, there is an adult with learning difficulties who develops superior cognitive abilities through advanced mind-altering technology.  It eventually becomes the undoing of him, but anyway, this is what this technique reminds me of.  Mind Manifestation!

Now, I wouldn’t go as far as saying that this is actually what is going to happen.  That by doing this you will transform into a power-hungry super-villain that is hell-bent on revenge against everyone that has ever wronged you…

but what if you could improve your brain in a safe, practical way.

With a kind of therapy to help you develop a more positive mind?   So, as a result, you can actually achieve the things you want because your mind is now programmed in the right way. 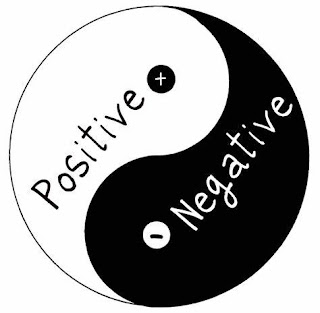 So I read this post, and in a way I got it.  Not the part about suddenly becoming a millionaire overnight, but that being positive about things, generally-speaking, will bring you more success.  Of course, this is obviously true, as it helps to get more done, but could there really be a more metaphysical force at play here?.

Like in life it’s easy to say you won’t be negative but on the other hand, it’s just as easy to fall back into negative thoughts.  It’s like placing a bet on a Horse that will solve your money troubles.  Then thinking up until the race finishes about what you can do with this money.  Your all positive but then…

Then the Horse loses.  You’re back at square one.  If not worse.  You spent money you shouldn’t have done and you’ve given yourself false hope and disappointment.

That’s how easy it is to fall back into negative thoughts…
Feelings I know only too well.  So this product, reading about it and watching its accompanying video – some of it I must admit seemed very believable.  Although the main part, I’m not so sure…  It had this guy talking about losing his girlfriend then losing his job and his house.

Then this same guy apparently discovers ‘Manifestation Magic‘, and not too much longer afterwards he meets this angelic, light-haired Woman.  It doesn’t mention much else so that part is open to suggestion but what it does say is that within days this guy finds this new money-making opportunity, that completely changes his life!

Very farfetched I know but I think this is all a front to be fair.  I think this product works by programming your brain to think in a positive way, and it is this which helps people to take action towards their goals.  There could be something more here sure, but this is what I think.

Right, so I kept watching this video.  It wasn’t a short video – it maybe was 45 minutes long.  But there was something about it that kept me watching.

At first, I wondered what the point was of it all? but still, it had my full attention until the end.

I will admit that my sole original intention was to market this product as an affiliate.  This is how I found out about MM but it became so much more.  The whole idea of it amazed me… that I could train my brain to manifest anything out of life that I want.

To make money, travel the world, have more freedom about what I do for work.

But truth be told  I never purchased this product there and then.  What I figured was that as this system was just a set of CDs and an Instruction guide that I could try something similar.

Although what got me was what was actually at play here.A kind of positive mind therapy called Quantum or Theta Wave Healing. 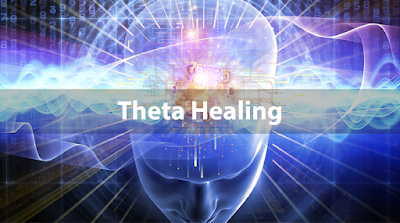 The process I will try to explain as simply as possible.  So our human brains operate at different frequencies at different times.  Being awake and asleep the best example.  More so there are four defined states –

So the product from what I could understand worked by using a set of tones, sounds, and music to help you achieve a kind of ‘Awakened Theta Wave state’.  An idea that in some crazy way by programmed your mind to spiritually seek positive changes through ‘the Law of Attraction (LoA)’ and with this, it gave you the supernatural ability to manifest exactly whatever it is your heart truly desires.

5. Everything You Could Ever Dream Of

How is what I thought?  How could something so unbelievable work?

I still ask myself the same questions now but my logic was that “if this could help me to achieve both an elevated and positive state of mind then maybe this might just be worth the money”.

So what I tried before buying the actual product was finding videos on youtube.  Mostly meditation music that I thought would be similar to what I would be getting with MM.

All were quite on the long side, some 7-8 hours long but I stuck to this to the idea.  Before falling asleep at night I would leave a video on and let it play.  It’s pretty easy once you try it.

Now, I’m not so into too many spiritual terms but if there are such things as Chakras and Meridian Systems then this was doing something.  I was having some amazing dreams of total bliss.

It felt good a kind of exciting kind of rush all through the parts of my body.

I don’t know how to describe it really but the yellow chakra I could feel glowing. 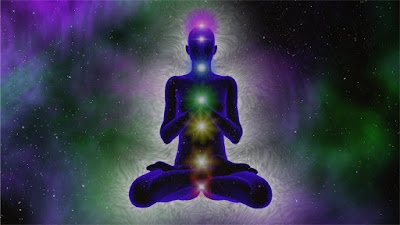 This picture is of the 7 Chakra’s being activated.  Each is a special energy centre of spiritual power.  The yellow chakra is the solar plexus which is located in your stomach area.

6. My Experience with Manifestation Magic

So it’s been a few weeks now since discovering ‘Manifestation Magic‘ and whilst I’m not yet a Millionaire.  I did see an angelic light-haired woman on my travels.  True story!

She didn’t talk to me but did glance over.  Maybe because I kept looking at her lol.

A joke yes, maybe. I’m pretty sure she was just someone else getting the train but what a coincidence.

The crazy thing at this train station there was a book in the swap box about Meditation that I found at this moment in time called ‘Insight Meditation‘ by Sharon Salzburg and Joseph Goldstein.

Coincidentally the publisher of this book  Sounds True I have recently become an Affiliate of.  Look for more news about them soon and if you would like to find out about my book see>>HERE<<

Now I don’t know if this had anything to do with the exercises I did for ‘Manifestation Magic‘ but it’s because of this book – I started this website.
Meditation 24×7.com

Also, It’s crazy really. I didn’t think much of this at the time.  All this business about coming into money, and seeing this light-haired heavenly woman.  Did not catch her name lol

It’s laughable really I know but just by coincidence, this is what happened after I created my blog a couple of days later.  Within one week and with no affiliate marketing experience my money problems were resolved.

I actually distinctly remember thinking that I would try and sell the meditation book for £25-30 lol.
It wasn’t a good point in my life but honest truth after only using Clickbank for 1 week I made my first sale, and by the end of the month this is what I made; 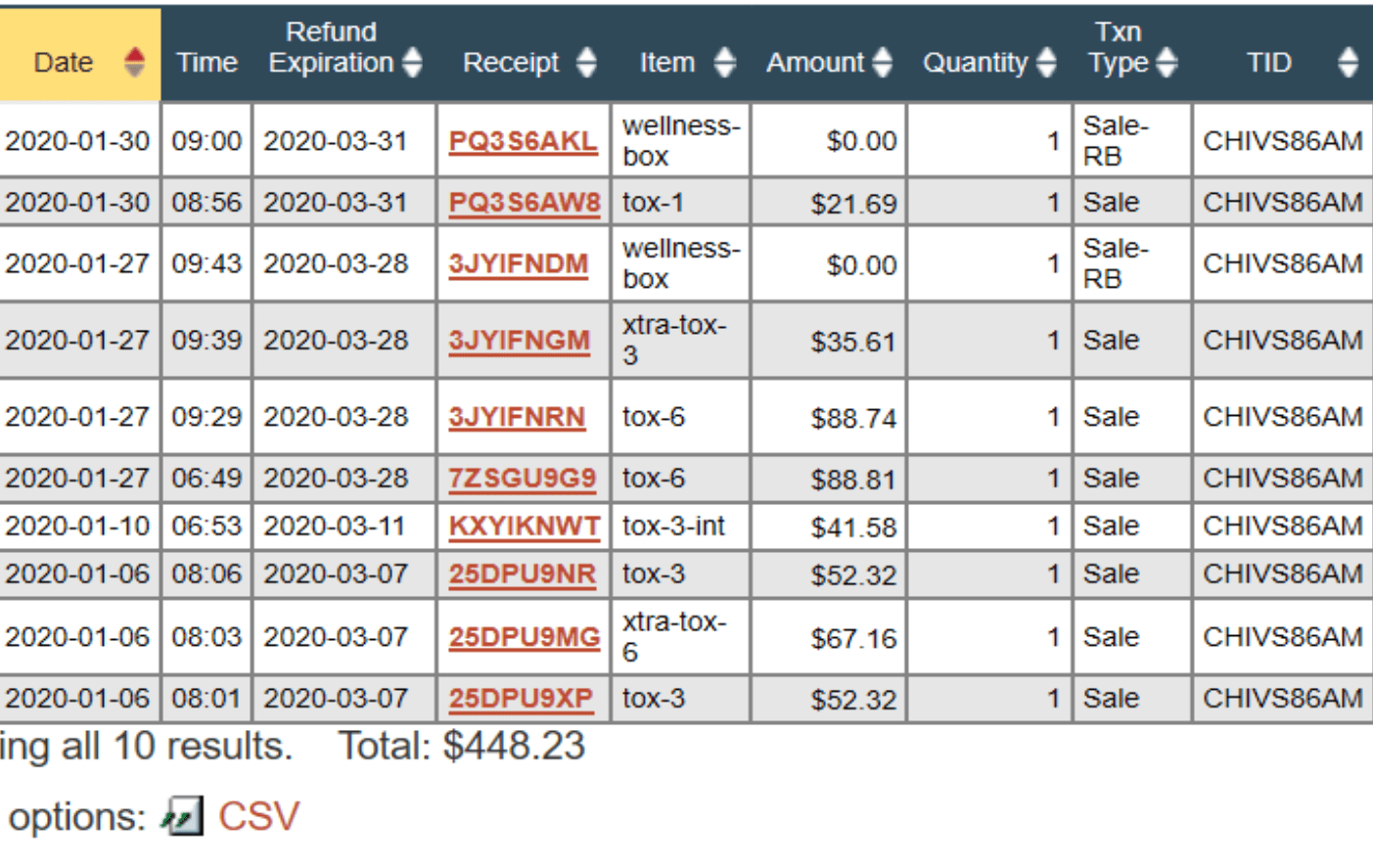 Coincidence maybe, but if you’ve read this far into this article than just think about what a positive mind can do for you?   I’m not saying to buy this product, or watch the video (which I will link underneath this post), but it’s worked for me (I believe) so why not see what it can do for you!

Hey Guys;  Hope you have enjoyed reading my first post for Meditation24x7.com

If you would like to leave feedback, comment or ask a question please do so in the comments section below.  Or if you prefer you can also contact me directly at alexc@secretgardenofmind.com

Many thanks from your friend;