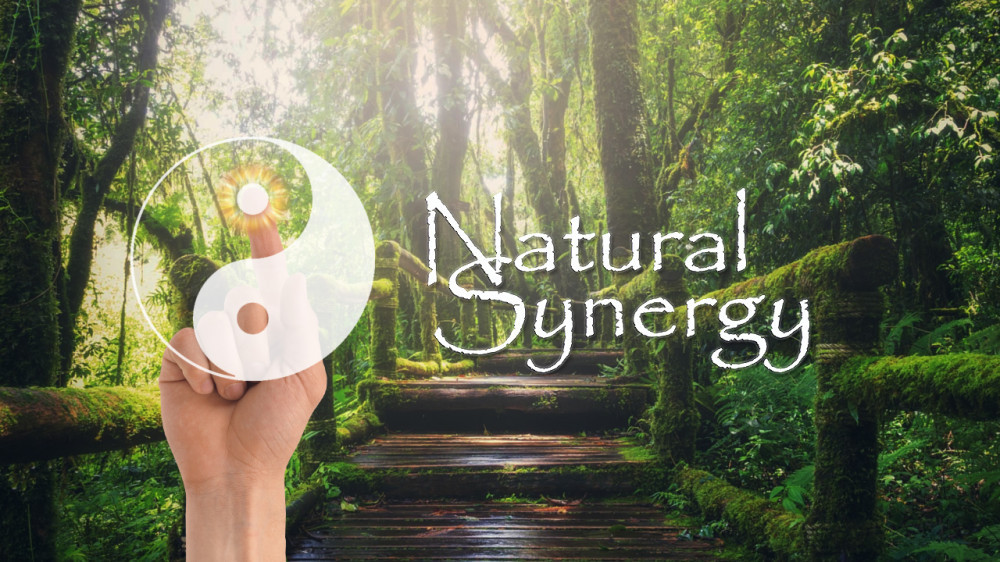 Hi Friends,  Welcome back to Meditation 24×7!  It has been a hectic couple days that’s for sure since getting back home Monday night has been busy, busy, busy!  A Meditation session is well overdue I think.  Anyway, for today’s post, I will be covering Pure Energy Healing and a product called Natural Synergy.

So just a couple things to go over before getting into the main topic of this article – I have created a new FB group, Twitter & Skype if anybody would like to become involved with the site, or contact me directly.

About this topic, it’s a little different from my usual Meditation posts. I was thinking this morning about starting a new website for this idea especially but it doesn’t stray too far away from my usual content I don’t think so here goes.

Recently I did the post about Reiki Healing which I published Sunday.  This if you’d like to read it you can find >>HERE<< was updated yesterday.  In it, I wrote about how in Reiki it targets the seven main Chakras to heal the body’s unbalanced vital energy force.  For this post, I will discuss the same kind of idea but it’s slightly different. As it has a bit more to do with Acupuncture and Acupressure points.  Pacifically about a technique called Acufrequency. What is Pure Energy Healing?

OK well, Pure Energy Healing is a method that works by triggering our own hidden natural healing responses. If you think of the human body as both Physical and Meta-Physical it is a bit like this – to break your arm would be a physical injury but to suffer from mental trauma would be something else.

Like you could be physically in perfect shape with no broken bones, no cuts or bruises but inside spiritually you could be the total opposite.  Spiritually damaged! Imagine being an avatar in a computer game. You have got say 2/3 lives left and let’s say for all intents and purposes you have 75% health. Now compare this to the gamer – your true self. You don’t have 2/3 lives and 75% health – you have one life and whatever degree of good or bad health.  That is strangely like what this idea of energy healing promotes.

The avatar or character in your virtual game let’s say he/she loses the 2/3 lives and the 75% health. Well, you the gamer are still OK but what if it’s you that something happens to?  Then both you and the gamer are out of the game. Now imagine you as your true self is the avatar and there is a gamer controlling you. This would be what New Agers would call your higher self and what your vital energy is, this is essentially the lifeblood of your higher consciousness.

It’s a totally crazy idea sure but this is what it’s like. If anybody has ever heard of the holographic universe this is how it works. Like you are just like the character in the game but it’s your true self – (in this case your higher self) that is responsible for your life and your health.

What energy healing supposedly does is healing your higher self?

How Does Natural Synergy Work

The Natural Synergy system works by accelerating the body’s natural healing responses. Eastern philosophy states that at the root of all health problems – Physical, Mental & Emotional are energy blockages in our meridian systems.  Energy blockages that may be a result of things such as a poor diet, unnatural irritants, chemicals, and pollution.

The Meridian System is best described as a network of lines with energy points, known as Acupressure points. These can be described as ‘natural reset buttons’ for blocked energy and can be stimulated in a number of ways.

Natural Synergy employs a combination of Acupressure and Acoustics to extinguish strong pain whilst accelerating the pure energy healing process; much like Electro Acupuncture.  You can expect fantastic results with either of these methods; acupressure or acoustics just by itself… But it turns into a more holistic experience if you have some quiet time for deep relaxation where you can apply both practices together.   Something that Natural Synergy utilizes.

In fact, maybe the most beautiful thing about this product is that this can be done from the stress-free environment of your own home.  Plus you can save thousands of hours of time and money which would be otherwise spent on seeing an Acupuncturist.  Doing something that only takes a few minutes a day.  A non-invasive technique that can help restore the balance and free flow of energy without the use of expensive therapy.

What is the difference between Acupuncture and Acupressure?

Quite simply Acupuncture uses needles and Acupressure that is the difference between the two.  Result wise Acupuncture is the more advanced version of the two, as Acupressure was used before the technology existed to invent Acupuncture needles.  This ancient technique was very different from the modern forms occasionally as bones and stones would be used although, in theory, the concept is still totally the same.  Activating pressure points to remove blockages in the biological meridian system.  Of the two though there is a preference with some people for Acupressure as it doesn’t use needles.

Traditional Chinese Medicine (TCM) supports the idea of Meridian Spiritual Energy flow.  What the Chinese call this energy flow is ‘Qi’ (pronounced ‘chee’). The Japanese call it “Ki”, but it’s also known in India as “Prana” and to some Polynesian cultures it’s called “Mana”.  So this is basically what I’ve explained in this article already.  What the Chinese say about “Qi” is this that should our energy flow (Qi) slow down in one or more of our meridian lines, than an energy imbalance will occur.  Which if not treated, can manifest itself into pain, illness and even disease.

TCM concludes that through stimulated Acupressure points a burst of energy can remove blockages of meridians.  In fact, some Chinese Hospitals even incorporate electricity into their acupuncture treatments.  A method that is said to achieve faster and longer-lasting relief but for a lot of patients, the thought of electrified needles more often than not does tend to put most people off.  Not surprisingly, although another technique for clearing meridian blockages is vibrational sound therapy.  I will discuss in the final section below.

Entrainment if anybody isn’t familiar with it is a Science in which harmonic frequencies can be used to restore meridian systems back to their natural state.  It is a definition of “the synchronization of two or more rhythmic cycles” – it’s a law of physics: when two objects become entrained/synchronized with each other, and as a result expend less energy.

It is this phenomenon that causes:

What’s more – It doesn’t stop at just biology alone.  Entrainment happens with machines – such as how pendulum clocks which put in the same room will sync together to move at exactly the same speed.  A phenomenon first spotted by Dutch Scientist Christiaan Huygens in 1655.

Link:  Clocks ‘SPEAK’ to each other: The mystery of how pendulum clocks self-synchronize their ticks

Entrainment can also be defined within Physics, Engineering, Hydrodynamics and also Brainwaves.

Plus studies from Concordia University, Montreal, Canada prove that therapeutic use of entrainment frequencies resulted in:

Now here is the interesting part…

So much like electro-acupuncture, entrainment therapy can be paired with acupressure to deliver incredible results – a process that triggers the release of 4 different opioid endorphins, or if you like natural painkillers. Of these natural pain-killing endorphins; at least one of these “beta-endorphins” is stronger than morphine.

Just one benefit of this technique that combines both Acupressure with Entrainment Therapy.  Perfect as you can apply it anywhere – whenever you need instant relief.  You can expect fantastic results using either therapy (acupressure or entrainment therapy) on its own, but combining them accelerates your ability to heal and restore your body and mind.

This technique?  It is called Acu-Frequency.

Acu-Frequency is a breakthrough in natural pain relief and meridian healing based on TCM… used together with targeted sound frequencies to achieve incredible results for Pure Energy Healing and Spiritual Energy Flow.

Follow this link right now to see what I’m talking about:

If you have any questions or queries please feel free to comment below.