After a few beers tonight I have had a bit of a think to myself during the long walk home.  I thought of a great little rap but I forget about it within minutes.  Really, I should keep a pen and paper handy but actually, I thought about the situation.  Do Drugs and Alcohol Influence Creativity?  It reminded me of when I am dreaming.  You wake up after a very powerful dream and it’s like within a few hours, probably not even that, you will forget the whole thing.

It’s like you should remember it but you don’t.  Like if you have a good day, generally speaking, you will most likely remember it for many years after.  However, if what happened on that day happened in a dream instead how much would you remember?  Probably hardly any of it – which I think is like when I’m drunk really.

I know it sounds weird but I think being drunk or on drugs is like dreaming and that it’s interesting how both influence the creative mind.  Drugs and Alcohol use I don’t condone by the way.  Personally, I’ve had some horrible experiences under the influence.  Like, I’m sure a lot of others have had as well but it’s a good topic to explore (I think)…

Do Drugs and Alcohol Influence Creativity?

So, really I don’t want anyone to read this post and think “I want to be like the Beatles.  They took LSD and their music was amazing“.  Of course, their music was a result of incredibly talented individuals but their use of drugs is well documented.  [R]  Same goes for many other very famous musicians.  There are countless examples of many household names that have a history of drug and alcohol abuse.  Many tragic tales but STILL big question marks over their work – were they high?

Apparently, some of the Doctor Strange comics from the ’70s were created after its writers and artists took LSD and Peyote [R].  The children’s show The Magic Roundabout seems to have been made by people off their heads on drugs.

I like to think that. everything you can do drunk or high you can do sober.  If you are a creative person then your expression can easily become something great.  There are many Tee-Total Musicians that still make great songs.

However, let’s not dodge the question?  Do Drugs and Alcohol Influence Creativity?

My Thoughts On The Matter…

So something does actually happen when we become intoxicated.  Our inhibitions disappear.  We often feel more relaxed and we are more open to new ideas that we usually wouldn’t be.  These are the basic things that may help influence creativity but is it really just this?  Us feeling more relaxed or what?

Could it be that part of the brain becomes weaker and that we overcompensate with another part of it instead?  Something like what happens when somebody is on the Autistic spectrum.  They might lack the most basic interpersonal skills but in its place, they might have an incredible picture or word memory.   It’s definitely not as extreme as this example (in most cases) but sometimes it is like something has been unlocked – especially with hallucinogenic drugs.

It’s very strange.  I believe that it could be to do with a new part of the brain decoding reality differently.  Much like what happens when we’re asleep and we’re dreaming.  We go into a Theta brainwave state (between 4-8 Hz) and perhaps something similar happens when were intoxicated.  Maybe it’s not just that we use a new part of the brain but the brain as a whole operates at a different frequency that allows it to become more creative.

The Left Brain and the Right Brain It’s very interesting.  It would appear that whilst we are under the influence that our logical and analytical (left) side really does not work very well at all.  Whilst our creative (right) side starts to take on a greater role.

For me personally, this is definitely true.  My memory is terrible when I drink and I think my brain is not working properly.  Yet, I come up with jokes and things that I’m certain I never usually would.

I think it’s like – People have brain injuries and sometimes the fascinating part is that they begin to harness new abilities afterwards.  Suddenly, they can paint amazing pictures and remember things like never before.  It is called – Acquired Savant Syndrome [R].  It’s like what I said about people on the autistic spectrum with what they can do.

The theme seems to repeat itself – a dormant talent that is suddenly activated by damaging a part of the brain. xx

We Switch Off and Switch On So, If thoughts manifest our reality why do we hold ourselves back?  Only perceive a limited vista of what is actually there?

Why must it take a knock on the head, or getting totally out of it, to switch on to unlock the creative side of our genius?

Really we have to be honest here – drink and especially psychoactive drugs have a profound effect on our creative abilities.  Cannabis is a very good example and psychedelics such as LSD, Psilocybin Mushrooms, and Peyote are others.

It’s interesting that tribes in South America take Coca leaves which are used to make Cocaine.  Ayahuasca is another reality-bending substance taken by tribal communities.  In a way, it is like taking these substances unlocks the hidden world beyond our mere 5 senses.  An unlocking perhaps of a hidden brain function – it gets very weird is all I can say.

Maybe it is like being in a dream state whilst being awake.  This is what I think…

We are somehow conditioned this way.  Alcohol and Drug abuse is the worst problem for our society –  yet they are also the greatest solution.  As we enter our inebriated states we enter a kind of dreamscape where nothing else really matters.  Many take alcohol and drugs to escape from every day.  Not even to feel creative but just to calm down and relax.

I Don’t Condone it but…

When we look at our average everyday lives is it any wonder that we don’t feel very creative?  Everything revolves around money.  We need money to eat, drink, live somewhere, buy clothes, look after our co dependants… and the list goes on.  The whole thing is very sad – to make money we must exchange our time to work and for a lot of us, this STILL isn’t enough.

We become trapped in a left-brained monotony.  Nobody has much time to come up with poems, songs and paintings etc.

Only the lucky few get paid for their artistic expression.  Many have to work long hours and by the time they are finished with it all, they will sleep till the next day and do it all again on repeat.

So, drinking alcohol especially and drugs can be a welcome distraction.  Going to the bar after work to neck your first drink to help you snap out of your robotic left-brain way of thinking.  Really it’s understandable but even this is truly shocking these habits are often costly which means more work, more depression and basically a never-ending cycle.

Society generally speaking has shafted people for years now like creativity is the last thing it wants to see expressed.

Plus, not only this but taking these toxic substances just to escape from the mess of it all only makes things worse in the long run.  It places further limitations on what we can and can not do in the wider scope of things.  So we must…

Find Other Ways To Be Creative My top tip is to wake up early first of all.  According to Yogi Sadhguru during sunrise and sunset, we are consciously empowered by the suns rays. [R]  If we are meditating during this time we are more likely to have a transcendental experience.  If we wake up in the early morning at the right time we can feel more awake and energetic.

Then beyond this meditation at any time may help shift your brainwaves to a more creative state of thinking.  Many artists and musicians practice meditation for its effects on creativity. [R}

Drugs and Alcohol might influence creativity but they definitely shouldn’t be what you turn to as your only solution.

Try this for Free – Apparently, this can help unlock your true genius… 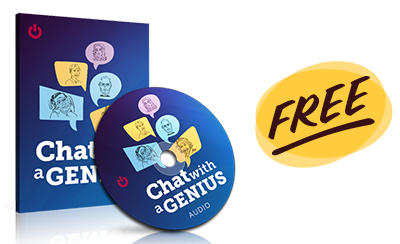 What Others Say About This All

I’ve found a few similar articles about this topic.  The common notion that I think I agree with is that with creative people the ability is there already.  Whether it is self-taught or that these individuals are able to harness their creativity from out of nowhere – it already exists.  Taking toxic substances may give a short term surge of creative thinking but ultimately the damage it does is more than what is good.

Many artists and musicians will not take drugs and drink to feel more creative.  It’s escapism from their anxiety, depression and mental health struggles that they face from being in such high demand from people.

Ultimately, it would appear maybe in moderation such substances can help but often addiction takes over and creativity actually suffers more from drinking and drugs than it does without them.

Do Drugs and Alcohol Influence Creativity? My Thoughts…  I think they do.   Alcohol not so much but maybe smoking a bit of weed now and again, and perhaps some other substances.  I think legal Nootropics are a good example that isn’t so bad but of course, maybe small doses of other psychoactive plants.

Possibly Kratom, Kava, Peyote, Mescaline, Magic Mushrooms etc. I don’t want to speculate too much but I think about the likes of Native Americans, and other tribal communities that kind of operate away from society.  They seem to be able to moderately manage their substance use for more enlightening experiences.

I actually believe that society really sucks the creativity out of people.  Finding ways to stay out of this trap is a good start.  Then try to nurture your creative side a bit more.  Tune into your spirit and make notes of your ideas.

Whatever you can unlock through the use of these substances you can probably do a better job with a clear head.

It’s complicated really but try meditating, going to see new places and get inspired in other ways, Finally, what do you think – Do Drugs and Alcohol Influence Creativity?

Would be great to read your ideas and thoughts – please drop us a comment in the comments section below;

Many thanks for reading and may the wisdom of your secret garden of mind empower you today.